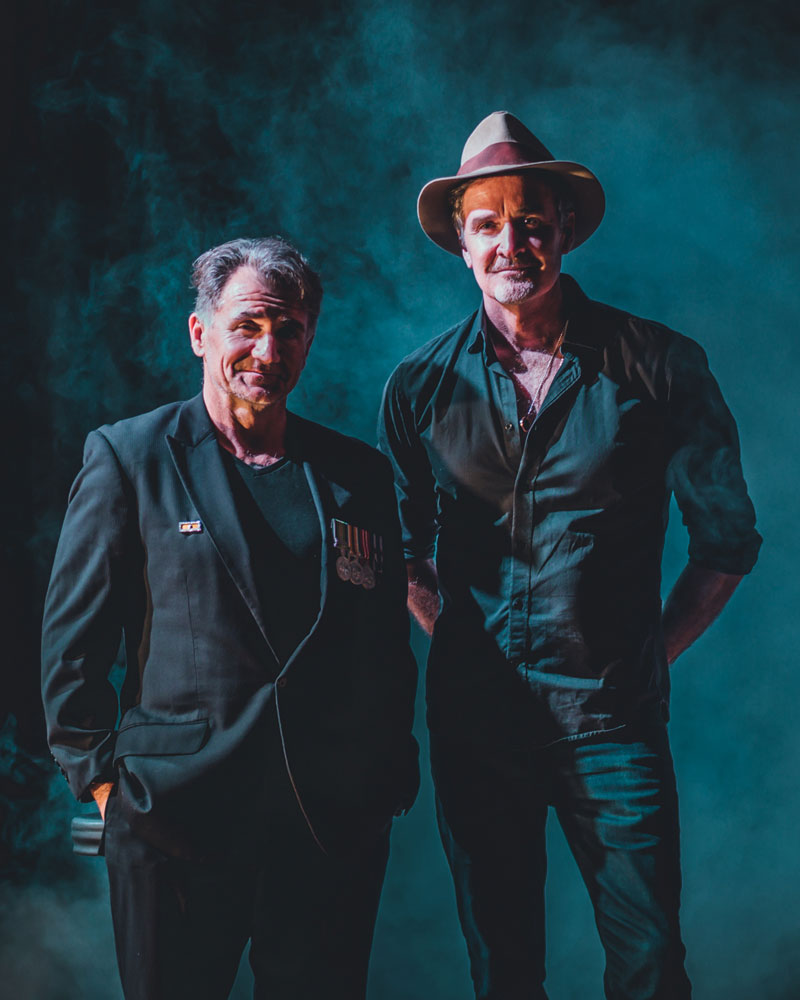 Never one to shy away from uncomfortable truths, Luke O’Shea highlights the service and plight of the Australian Defence Force in his latest single, South East Queensland.

With one in four ADF personnel hailing from the region, the Golden Guitar winner co-wrote South East Queensland with Gatton artist Mitch Lynham and the addition of lines from Australian diplomat and folk royalty, Fred Smith. At the DAG Songwriters Retreat, Mitch had told Luke that in his home region you either farmed or joined the Army, and the song was born.

“There is a remarkable push from the government to recruit, train and utilise these incredible young Australians for active service, but once they’ve done their time, the Government’s commitment to them appears to vanish.” Luke said.

“That same energy,  investment and time and money is not there to help them assimilate back into normal society – especially after experiencing the horrors of war – and that’s what I want to address. We have these remarkable people out here in our society today, trying to do their best, but unless we have an understanding of their experiences, they can feel quite isolated and not want to talk to anybody about what they’re going through.”

The sobering and heartbreaking statistic is that due to PTSD we have lost over 10 times the number of people actually killed in action in Afghanistan – to suicide. It is a fact that should stop people in their tracks and it’s happening in Australia right now!

Luke continues, “Sadly there are so many returned veterans out there right now who are in a frustrating state of limbo due to the confusing citadel of paperwork that they have to go through to get counselling and compensation in order to move on with their lives. These once proud soldiers are now being held hostage by bureaucracy and budget cuts and that is unacceptable.”

A conservative estimate is that from 2011 – 1 returned veteran commits suicide every 2 weeks, heartbreakingly 13 veterans have taken their lives this year alone which has finally lead to a Royal Commission into the ’Dereliction of Duty’ from the previous government.

Afghanistan veteran Lee Sarich, who was diagnosed with PTSD after he was struck by an IED, is outspoken about those living with PTSD and veteran homelessness, played a powerful role in the Jay Seeney-shot film clip.

O’Shea says, “This song and confronting video are about highlighting the stark contrast between the hellish experiences on the front line to that of being home in South East Queensland.”
The powerful song uses strong language to shock people and get them to sit up and take notice of this vital message.

“This song is meant to instill a sense of patriotism & pride in our servicemen and women” Luke says, “but to also give an insight into their experiences so that we can better understand the challenges they now face!”

O’Shea continues, “When lives are at stake – there should be a fierce sense of urgency! This song is hoped to kick start conversations to see if we can discover new ways to help get these people back on track and let them know that they are valued and their service is appreciated!”
Lest We Forget – South East Queensland – attempts to make sure that we don’t.

This is the first single from Luke’s highly anticipated upcoming album, ‘Next Best Thing’.