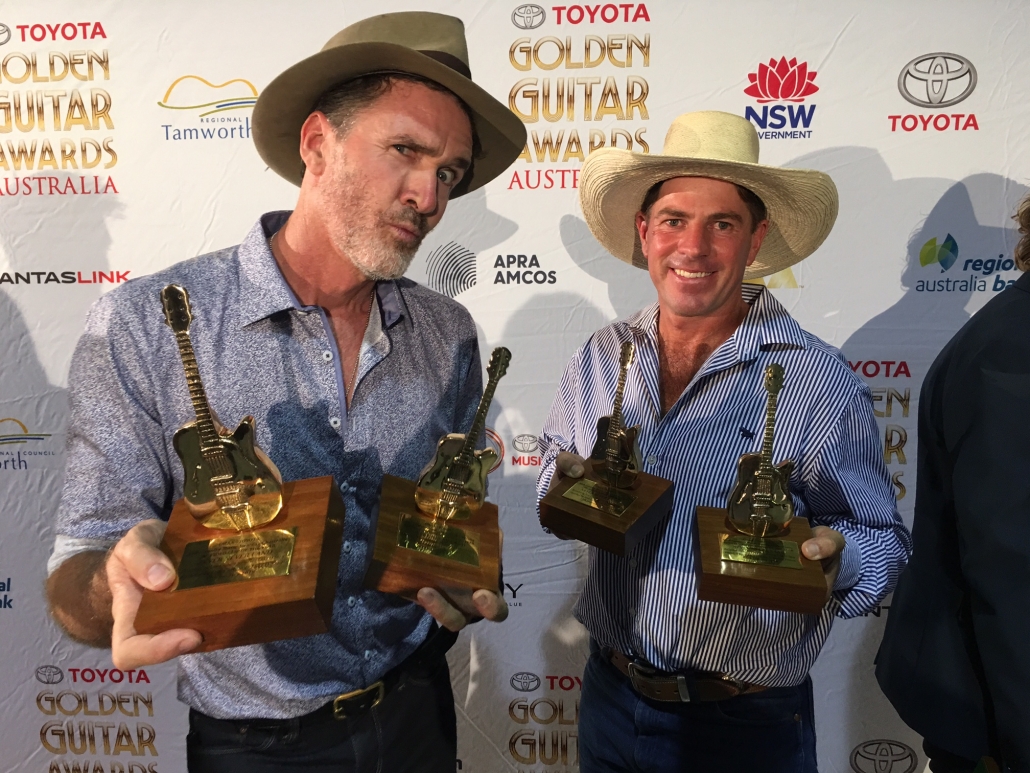 Never Say Never!
Luke O’Shea & Tom Curtain were awarded Video Clip of the Year & the coveted Heritage Song of the Year at the 2018 CMAA Golden Guitars held recently at the Tamworth Country Music Festival.
Singing up the remarkable Top End in the Northern Territory, Luke & Tom wrote the song in Katherine and then later went on to direct and shoot the breathtaking film clip.
“There was no smoke and mirrors with this song and film clip.” Luke said, “Our mission was to capture the power and the passion of the landscape and people who live in a truly magnificent part of the world. The fact it connected and resonated with people enough for them to put their name next to ours and vote for us – is deeply humbling and satisfying knowing that we had done our job!”